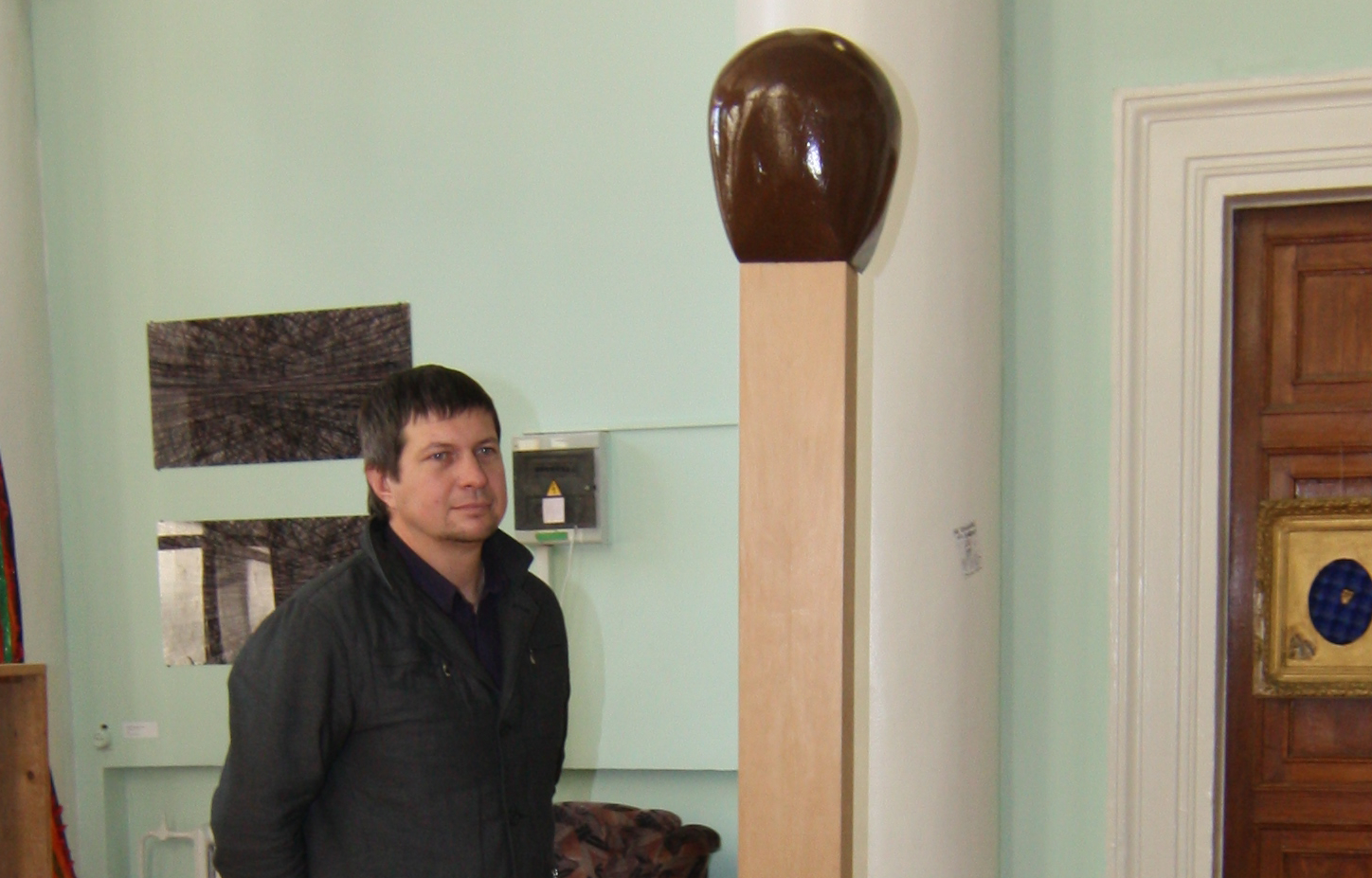 A match accompanies mankind, by no means, from its early childhood. The inventor of M. is well known. Meanwhile, M. is quickly overgrown with mythological meanings and subtexts. However, we are interested in M., as a cultural phenomenon. Many consider M. a simple auxiliary tool for ignition of highly flammable substances. Archetypically, M. has already  turned from the object of everyday use into a cult construction of especially small forms. The artist believes that he did not increase the shape to a gigantic size, but only brought the visible and imaginary in line. Within public minds, M. has long ago turned into a symbol.

What is the meaning of this simple and, at the same time, expressive form? Firstly, it reminds us of the myriad pipes of enumerable  factories and plants of our vast country of Russia. Secondly, M. reminds us of the pillars of the fences, the sign of today’s times, when here and there endless fences grow, preventing the observation of forests and fields, once free from being state property. Thirdly, M. reminds us of a man standing on both feet, Homo Erectus, easier to say. Hence, the fourth association also appears. M. resembles a phallus in a state of erection. And like any association with erotic or sexual insinuations, being popular, it is a magistral idea.

This could be the end of this text, because of its total inconsistency and vulgarity. However, I remembered one well-known fact, replicated by three dozen of guidebooks, warning tourists visiting Bulgaria never to pronounce the two words “chicken” and “matches” out load. These words in the Slavic country are considered curses. Perhaps this fact metaphorically, at least, leaves a thin pulsating trickle that keeps this article alive, but the article still loses its pulsation for two reasons, which I would better keep silent about.

Exposure conditions: Objects are placed on the floor