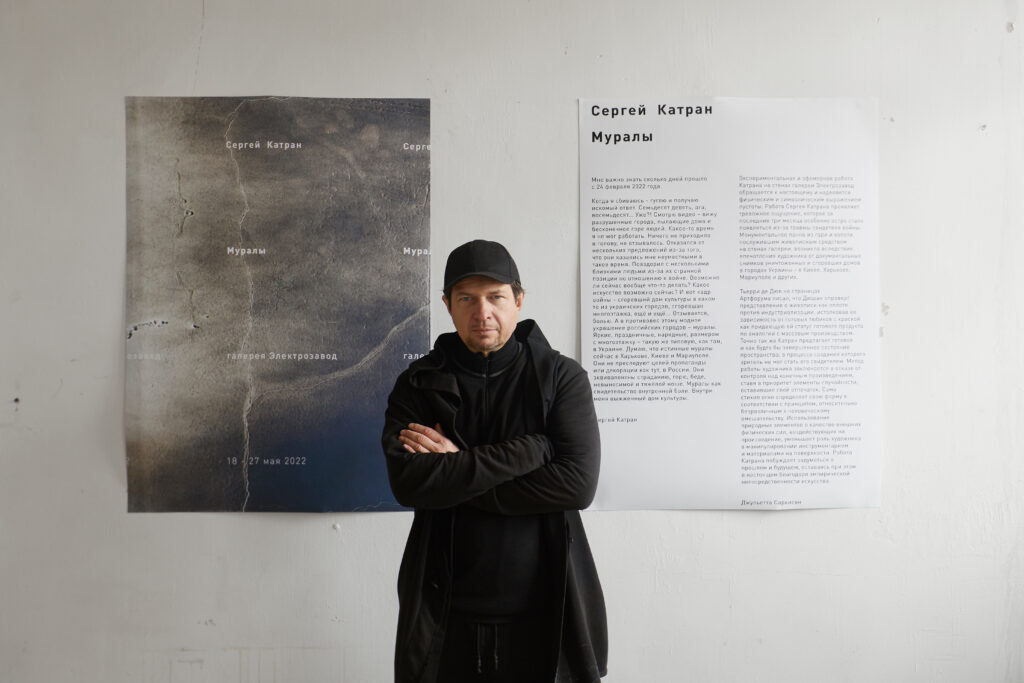 It is important for me to know how many days have passed since February 24, 2022. When I lose count, I google the answer and get what I am looking for. Seventy-nine, right, eighty… Already?! I watch videos and see the cities in ruins, burning houses and endless human suffering. For a month or so I could not work. My mind went blank, nothing would stir up in me, not an emotion. I turned down several offers because they seemed inappropriate at the time like this. I had tiffs with a few close friends because of their strange stance towards the current war. Is it possible to do anything at all? What kind of art is possible right now? Suddenly, a war photo came up: a burnt down House of Culture (i.e. a cultural community centre) in some Ukrainian city, then a burnt down high-rise building, and then scores and scores of them … Pangs of pain run through me. In contrast, fashionable murals gracing the walls of Russian cities multiply like mushrooms: vivid, colourful, festive, smart and exactly the size of the burnt Ukrainian high-rize. I believe that the most genuine murals stand now in Kharkiv, Kyiv and Mariupol. They pursue no agenda, such as propaganda or decorative effect as they do here in Russia. The murals in Ukraine stand as silent witnesses to suffering, grief, misery, and an unbearable, heavy burden. These murals are the testimony of unutterable, inexhaustible inner grief and pain. The scorched down House of Culture is right inside my soul.

Sergey Katran’s experimental and ephemeral murals covering the walls of the Elektrozavod gallery address the present situation and stand for physical and symbolic expression of emptiness and void. Katran’s artwork reveals an unsettling feeling, which has grown especially strong over the past three months due to the experienced trauma of a war witness. His monumental murals, with their scorched and sooty surfaces that served as a painterly medium on the walls of the gallery, were born out of the impressions produced on the artist by documentary photographs of destroyed and burnt down buildings in the Ukrainian cities of Kyiv, Kharkov, Mariupol and others.