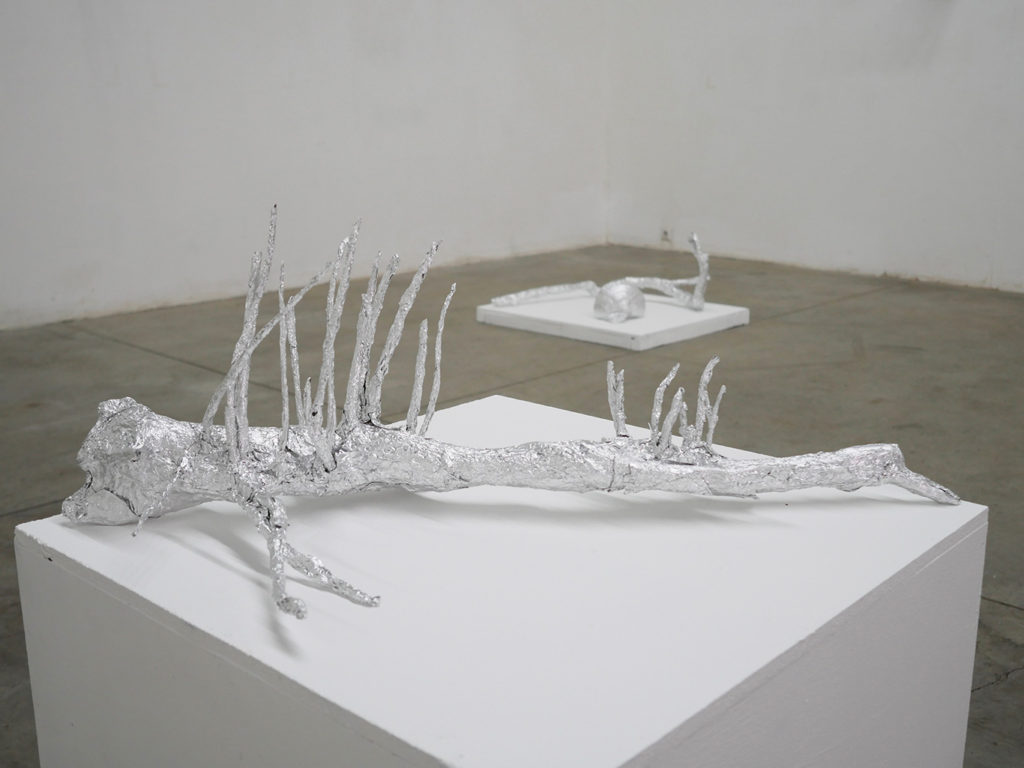 Usually, artists intervene in the forest. Where there are no spectators, except for “our own” – this was done for various reasons. The main thing is going into the forest, like going into deep opposition. But today Les has changed places with the artists. the forest came to the gallery. What does he want here? Just as wild boars appeared on the streets of Barcelona due to quarantine measures, so the forest of plants begins its symbolic step into places where it is customary to come in large groups of people. So, the forest sends its representatives – branches, roots, snags, tinder fungi. Katran acts as a mediator. With a maniacal confidence in the missionary essence of the process, the artist wraps forest artifacts in aluminum foil. Les comes out with a manifesto, which we have to decipher ourselves (if at all possible). The departure of a person to the forest can be viewed as detachment from the alien, the desire to hide from the imposed, as a form of disobedience. I would venture to explain the arrival of the forest in an empty gallery as an argument of weak power. She hints that we are biological beings and are in continuous interaction with each other. The forest is our home to stay here. Les sends us its “biological deputies” to firmly enter our lives and consciousness. Not only as an escape hideout or “tool”, but as a force to be reckoned with.

Thank you for the help in organizing the exhibition to the residents of the Electrozavod Gallery – Dima Fillipov, Sergei Prokofiev, Vika Malkova, Liza Veselova