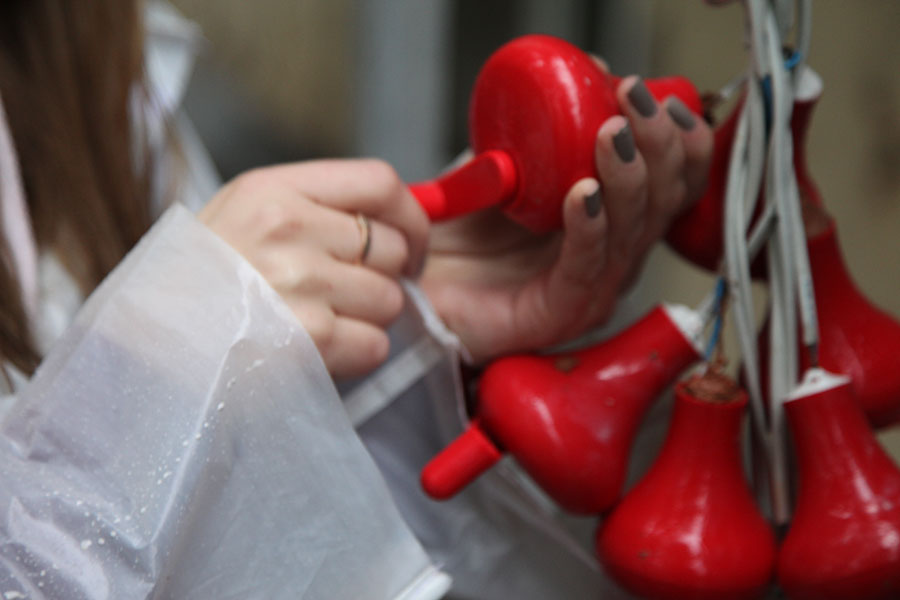 “Calcio” in Italian means “blow”, that is, a certain concentrated and directed release of force.

Italy, where Futurism and Fascism were born, being the successor of Ancient Greece and Rome, bound itself with tight and horrifying ties with Nazi Germany. After going through world triumph Italy fonud herself broken by the blow of its own inconsictent ideas based on violence and fascism.

Collages compiled on the basis of scenes from the film “Olimpia” directed by Leni Riefenstahl and dedicated to the XI Summer Olympic Games, held in Nazi Germany in 1936, constitute an important part of the interactive work. Images appear in the installation depending on the decisions of the viewer, who becomes a co-creator and, even, the protagonist of the work.

Spreading the handle of the dynamo, the viewer highlights a picture with characters ofa  strange competitions between body with spirit, where victory means defeat and where there is no winners or losers, since there can be no winners while body cult and power reign and  the spirit is weak and suppressed.

The work is in the collection of the CCI “Winzavod”